Are you finger lickin’ good? 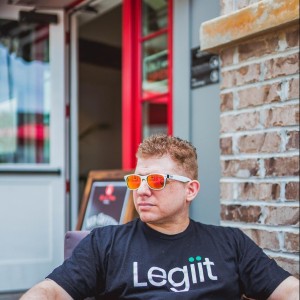 Are you familiar with Colonel Sanders? or Dave Thomas? Lady Elouise? (I will be impressed if anyone gets that reference without Googling)

Your goal should be to become the Colonel Sanders of your business.

If you are not familiar, here is his Wikipedia page but essentially the story is this.

Colonel Sanders was the founder of fast food chain Kentucky Fried Chicken (later shortened to KFC)… but what he really was first was a failure of a businessman, but a hustler that refused to give up on his goals. He was also a brilliant marketer and realized the power of “Secret” in that his chicken recipe was marketed as (and apparently legiitimately is) top secret and known only to a few people. But those stories have been told a billion times, and entrepreneurs love to share it. That’s not what I want to talk about today.

After a time Colonel Sanders, Dave Thomas, and others were ferocious entrepreneurs and business builders in the beginning… but as their organizations grew and expanded their day-to-day role was greatly reduced, only making a few key decisions a year (if that) and were mostly just the face on the package/representation of the brand. This is actually a very important pivot that CEOs need to make as their organization grows… and you ARE the CEO of your business, even if you are a freelancer, solopreneur, agency, or anything else. You don’t necessarily need to be the face of your business like The Colonel if you don’t want to (there are advantages and disadvantages to it) but you need to transition out of doing anything low level.

You only get a little bit of high quality work time every day and if you want to scale you can’t use it on low level stuff.

You need to be focused on 3 things:

Anything else needs to handed off to a team member, or at a minimum outsourced. This is what successful organizations do. In some cases the CEO is also the “celebrity” of the brand like the Colonel, in others they are not (who is the CEO of say… Target? I have no idea). I got to thinking about my own role at Legiit in this way recently, partly due to the mastermind I am in, and partly after the following incident happened…

I let the development team know about it so they could look into it. I offered my thoughts on what I felt could have caused it, proud of myself that I know a little bit about programming and troubleshooting so I could help figure it out…

…the developer basically said “Yeah that can’t possibly be it because of W, X, Y, and Z”

Having been put in my place I jokingly said “Ok well I will just go sit in the corner and be the face on the package while you guys do all the work.”

After I said it, it occurred to me that I was on my way to being the Colonel Sanders of Legiit.

While I am not totally there… I still help train staff, help with support, do a little fulfillment etc… for the most part I mostly focus on growing the business, deciding the direction, and… being the face on the billboard. And guess what? We are wrapping up a 3 month streak of record growth by nearly every metric.

(That used to be KFC’s slogan)

If you want to grow and scale you need to work on becoming the Colonel of your business.

Let’s figure out together how we can do that for your business.

PrevPreviousTrends
NextWhy Mr. Spock Would Be Great At BusinessNext
The best consultation I have ever had. Chris is an awesome individual with Superstar Attitude. I know him for a while and with his help and superstar Academy things have started rolling. In simple terms, I will achieve in one year what I could not achieve in six years. During the call, he gave clear actions points and decision making becomes very easy. So by the end of the call I was crystal clear with what I wanted to do. Thanks Chris.
Mani M.Uptimized SEO